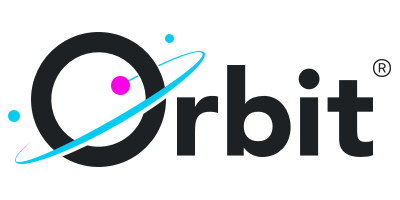 Funding
20.5M raised from a16z, Coatue, and others

Orbit is a solution to grow and measure community across any platform. The company was founded to help product-led organizations develop thriving online communities. Founded in 2019, they have a team of 50+ people with 24 software engineers spread across the globe.

As a modern engineering company that is growing fast, Orbit understood from the very beginning the importance of measuring the right metrics to be able to scale.

In a new market full of competitors, Orbit knew they had to innovate as fast as possible without sacrificing the quality of their product. For 2022, they set ambitious goals that depended on doubling their engineering team by the end of Q1. As a modern engineering organization, Orbit understood where it wanted to go and what it wanted to achieve. However, their engineering leaders did not have the data to back up their assumptions and, ultimately, make critical decisions to achieve their objectives. Where should they start? What should they focus on? How were they going to grow their team?

Athenian delivers the visibility Orbit was lacking, instantly. They needed a solution to measure what was happening, what needed to improve, and what they were doing right. Athenian provides all that, plus it empowers the teams to assess their own work and improve autonomously. And that's precisely why Orbit chose Athenian.

“We had an idea of what we wanted to look at in terms of metrics, but Athenian provided a level of granularity we couldn't find anywhere else.” Ulrich Sossou, Engineering Manager

Orbit instantly realized their longest opened PRs were taking, on average, 2 months to close and their PR cycle time was roughly between 4 to 6 days. Ulrich Sossou, Engineering Manager at Orbit, and his team quickly decided to make organizational changes such as changing how they allocate tasks to engineers, how the review process was set up and how they notify engineers about PRs that were waiting. In a few weeks, they started seeing the impact and the impressive results:

"In just three months, we were able to reduce our PR cycle time to an average of 2 to 3 days. All while more than doubling our team. Athenian provided us with the actionable visibility on our engineering organization that we were missing all along."
Ulrich Sossou, Engineering Manager

The increased velocity allowed Orbit to make better products faster, which boosted the company's presence in the market and helped them not only grow their business but also grow their team while improving their developer experience.